The head of the SEC confirmed: Ethereum is no longer a stock exchange 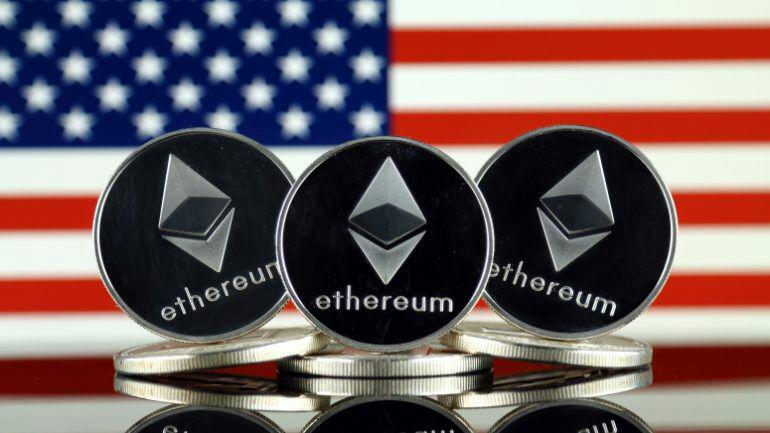 Jay Clayton, chairman of the US Securities and Exchange Commission, endorsed SEC analysts' statements in 2018, saying that all digital currencies are not necessarily bonds.

share
Jay Clayton, chairman of the US Securities and Exchange Commission, endorsed SEC analysts' statements in 2018, saying that all digital currencies are not necessarily bonds.

Also, the need for a more detailed dialogue on the "definition of securities digital securities in the eyes of the SEC" is considered by this senior official. Clayton praised the transparency of the SEC to address issues surrounding the regulatory situation of digital currencies in the United States.

No digital securities are traded

In mid-2018, US Delegation Ted Budd, in a letter to Clayton, asked whether he agreed with William Hinman, the SEC's financial director. Earlier in June 2018, William Hinman stated that Ethereum is not considered as a security.

On Thursday, March 7th, in response to this letter, Clayton said the Securities and Exchange Commission, Ethereum, the second-largest digital currency market, does not consider securities as securities. This is despite the fact that Ethereum in 2014 has launched a Coin Initial Delivery (ICO).

According to Clayton, the question of whether the digital asset of Ethereum complies with the legal bill of securities depends largely on the rules previously imposed by federal securities laws and the Howey Test. Part of the letter that addresses this topic is as follows:

The criterion for determining the value of an investment contract is the occurrence of investment in a routine risk based on a reasonable expectation of the profit of the entrepreneurial or management effort of others. Determining whether a digital asset is in accordance with the definition of an "investment contract" depends on the application of Hawi and its results on the facts and circumstances of the transaction, that digital asset.

Clayton expressed his agreement with Hinman's remarks about Hynman's remarks. The categorization of Ethereum as securities was a prominent feature of this comment. According to what was written in the letter, it can be said that the US Securities and Exchange Commission appears to agree with Hinman's statement that Etherem is not a stock exchange. Also, in June 2018, Clayton said that bitcoin and other digital currencies, which are a substitute for Fiat money, are not counted as securities.

An Intelligent Approach To Usable Token Discussion And Portfolios Toucan

According to Clayton, a set of guidelines is currently in place to determine the legal status of digital currencies. Referring to this, he acknowledged that given the unique nature of virtual assets, the answer to the question of whether a token is a stock or not, may require a more dynamic approach.

According to Clayton, the US Securities and Exchange Commission will continue to use the transparent process of interacting with the stockholders of the industry in relation to the legal status of digital currencies.

In the letter, he stated that the US Securities and Exchange Commission has set several new plans to help the industry, so that they will be more aligned with regulating regulations.

However, many commentators believe that the SEC's position regarding the identification of ico tokens as securities will have a negative impact on the growth of this industry in the United States. At the end of 2018, a group of congressional delegates would begin legislative procedures to issue laws that exempt digital currencies from the law of securities.

In 2019, states like Colorado and Rhode Island are enacting laws that exempt ICO from government securities regulations.

The lack of coordination between regulators in the United States has led to the elimination of various regulations in many states to define digital currencies as utility or security.

Meanwhile, Clayton emphasized that the US Securities and Exchange Commission will continue to focus on this issue, in order to eliminate fraud and other violations of federal securities laws. Since 2017, the SEC has taken serious measures against ICOs in the United States and, in addition to numerous arrests, has stopped the activity of many projects.