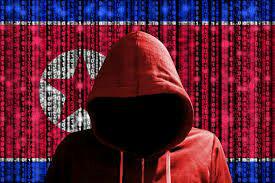 The United Nations says North Korea has made about $ 2 billion in cash by hacking banks and digital currency exchanges.

The United Nations says North Korea has made about $ 2 billion in cash by hacking banks and digital currency exchanges.

According to a secret report leaked by reputable media outlets, including Reuters, on August 9, the North Korean Sanctions Committee on the Security Council has announced that the hackers are a major part of the North Korean government's budget.

The Democratic People's Republic of Korea's cyber hackers, mostly under the auspices of the country's intelligence and spy agency, aim to raise money for WMDs, and to date, their theft has been estimated at about US $ 2 billion.

According to a previous report by Quintelgraf, Pyongyang (North Korea's capital) is the main suspect in an Asian currency exchange attack. More precisely, the institution known as the Lazarus Group that has affected many countries through its destructive activities is a major player in the process.

The FBI has also repeatedly told the United Nations that North Korea is deliberately stealing money to counter the effects of international sanctions. Reports also suggest that exchange-rate theft will likely continue because of the lack of progress in the negotiations.

The following is the report:

We urge all responsible nations to counter North Korea's ability to conduct malicious cyberattacks, as they use the proceeds to create illegal weapons of mass destruction weapons and ballistic missiles.