15 ways you lose your bitcoin! 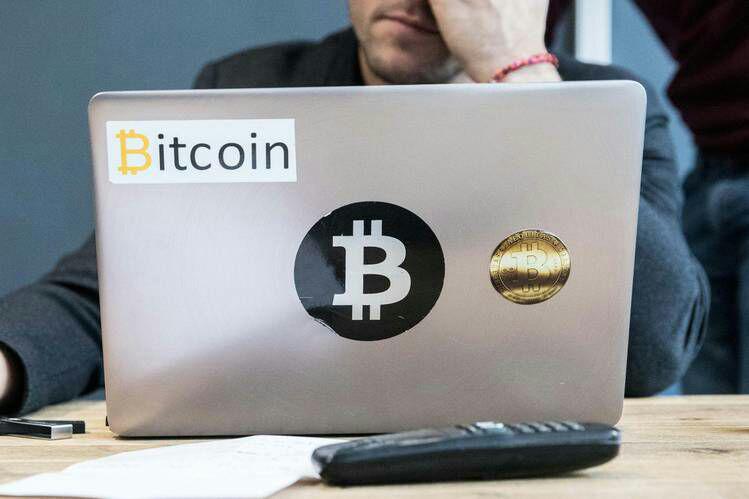 The Chainanalysis Research Company estimates that 20 percent of all bitcoins are gone forever. Currently, about 3.8 million bit Quinn can no longer be recovered. Many do not know how Bitcoin or other digital currencies will be lost. So, in this article, we will point to all the probabilities coin may have lost.

share
The Chainanalysis Research Company estimates that 20 percent of all bitcoins are gone forever. Currently, about 3.8 million bit Quinn can no longer be recovered. Many do not know how Bitcoin or other digital currencies will be lost. So, in this article, we will point to all the probabilities coin may have lost.

Cyber ​​criminals can steal people by gaining user names, password and entering into their wallets and harvesting all their Coins. One of the most common digital currency phishing scams is fraudsters using fraudulent e-mail patterns and emails that are similar to those emails. These emails say that only one click is sufficient to resolve the problem created on the account, but this link redirects the user to fake pages that receive login information from the user. Ethereum is the most popular phishing plan.

Panzeni's scheme is a scam that the primary investors will receive from the money they pay new investors. Pansy's plan does not have a rational and realistic way of earning money, and it offers people unrealistic profits. In the Crypto world, an example of a Pansey scheme is the BTC Global Plan, which promised investors a daily profit of 2% or a 14% weekly profit. About 28,000 investors in South Africa lost about $ 1 billion in capital.

In these ways, fake user accounts are created on social networks with the names of celebrities or digital credible projects. Combining this with fraudsters used by fraudsters to access login credentials. An example of this is that, for example, a fake Twitter account with the name of the founder of Ethereum will tell you that if you deposit some Ether in the account listed, your ether will double. This is while many do not know that this account is fake and will provide the ether to the given address. You need to know if you can not quit your currency in any way. In this way, not only are reputable names known for bait designs, but also names of celebrities such as actors in these designs.

Malware is usually created on torrent sites and the Google Play Store to steal digital currency from vulnerable sources. For example, there is a malware called Clipper that uses a copy and paste of the user's wallet address to steal digital currencies. For example, if you want to send a bitcoin address, you usually copy and paste the address because it contains long letters and random letters. Here, the Clipper malware moves the wallet address you want to paste to your address and converts the digital currency You will send an incorrect address.

People who are new to the creep world are fake ICO bait. These ICOs introduce themselves as investing in new digital currencies that will benefit greatly. They usually use projects that will never be realized, and capital will never come to investors, in the fear of losing capital or Foome. Experienced investors know how to analyze them based on the project team and assess whether they are capable of fulfilling their promises. One of the most famous ICO of scam, Centra was confirmed by the famous Floyd Mayweather Boxer.

Pump and dumper are a kind of price manipulation. The fraudsters use social networking groups to advertise projects and tokens that are known as shoots, shakvins do not really have value or use, and overnight their price increases exponentially. Following the rise in price for these Quinns, fraudsters sell their tokens, and after massive sales of these tokens, their prices are dropping dramatically, and those who have kept these quinns or bought at high prices face huge losses. be. Famous people have already advertised these shoots.

There are people who became familiar with Bitcoin soon enough to enter the realm that Kevin did not have much value, and those people discarded their computer, either lost their hardware wallet or their computer was damaged. In this way, their bitcoin was lost.

Sending Bitcoin to the wrong address will permanently be lost. Some wallets and stock exchanges have the option to prevent the user from kvine sending the wrong wallet. (This is possible for Non-Bitcoin Quinns).

Digital currency exchanges that are found in Najafabad, do not provide much information from their company or have very strong backing, are usually scammed and disappearing with customers' capital.

Tricks through theft of the SIM card

In this example, they steal phone numbers to access digital currency accounts of individuals. Last year, a 19-year-old boy named Caviar Narvaez, stealing and moving the SIM card, managed to steal $ 1 million worth of bitcoins.

Criminals advertise an automobile on promotional sites and ask you to donate Bitcoin to keep the car for you. Bitcoin victims pay but never get into their car, and since they are not reversible, they lose their bitcoin. This type of scams for renting apartments is also common. The point is that until you see the car or the apartment and you are not sure that the seller has valid car or apartment evidence, never pay.

The criminals steal key people and request them to pay bribes in order to release them. The other is hackers who take control of the company's online platform and request bitcoin to retrieve the control of the platform they are looking for. There are also eBay emails that are used to blackmail individuals for not disclosing private information.

Now that you know the most common ways to lose Bitcoin and other digital currencies, you'll be more likely to prevent such incidents. No one knows how much your digital currency will come next year and what value they will have, so it's best to take care of them well.